Fire and biodiversity in the Anthropocene 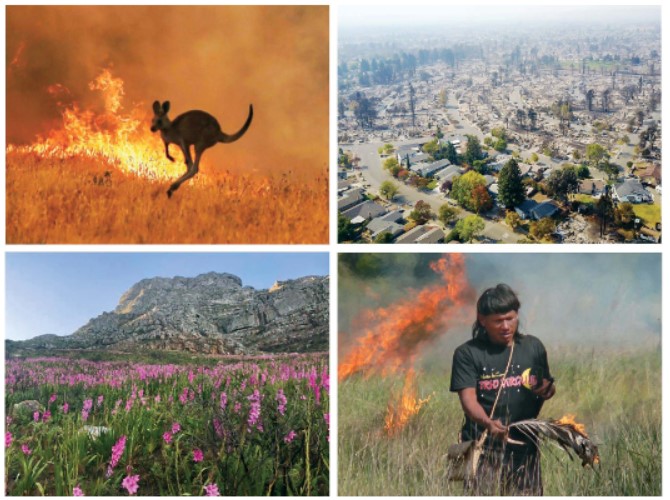 Check out our important paper published in Science in which we highlight forward-looking methods for predicting the combined effects of human drivers and fire on biodiversity, and foreshadow emerging actions and strategies that could evolutionize how society manages fire for biodiversity in the Anthropocene.

Fire has been a source of global biodiversity for millions of years. However, interactions with anthropogenic drivers such as climate change, land use, and invasive species are changing the nature of fire activity and its impacts. We review how such changes are threatening species with extinction and transforming terrestrial ecosystems. Conservation of Earth’s biological diversity will be achieved only by recognizing and responding to the critical role of fire. In the Anthropocene, this requires that conservation planning explicitly includes the combined effects of human activities and fire regimes. Improved forecasts for biodiversity must also integrate the connections among people, fire, and ecosystems. Such integration provides an opportunity for new actions that could revolutionize how society sustains biodiversity in a time of changing fire activity.