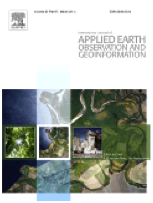 Land-use change is a large component of global change and the effects on biodiversity and ecosystem services currently represent a major challenge for ecologists and conservationists. Several authors have recently suggested that REWILDING may be an appealing conservation response to farmland abandonment in areas of Europe where the social structure of farming communities has been eroded and low-intensity farming is no longer socially or economically viable. ECOLAND group, in collaboration with GRUMETS lab (CREAF and Autonomous University of Barcelona) and University of Santiago de Compostela (USC), have assessed the relative positive and negative effects of land abandonment on Gerês–Xurés Transboundary Biosphere Reserve (NW Iberian Peninsula) in order to quantify the potential conservation costs and benefits of a rewilding as a land-use management policy.

In a first study published in International Journal of Applied Earth Observation and Geoinformation, we aimed to determine if the abandonment of the rural areas was the main driver of landscape dynamics on this particular mountain area, or if other factors, such as wildfires and the land management were also directly affecting these spatio-temporal dynamics. For this purpose, we used earth observation data acquired from Landsat TM and ETM + satellite sensors, complemented by ancillary data and prior field knowledge, to evaluate the land use/land cover changes in our study region over a 10-year period (2000–2010). Our findings showed that rural exodus of the last century, differences in land management and fire suppression policies between Spain and Portugal and the different protection schemes could partly explain the different patterns of changes recorded in these covers.

In a second study, recently accepted in Regional Environmental Change, we investigated the effects of land abandonment processes on bird assemblages at both landscape and local scale. We combined medium-term data on avifauna distribution with information on temporal changes in land-use/land-cover extracted from satellite data. In light of our results, rewilding appears to have overall positive effects on biodiversity and should be considered by policy makers as alternative land-use strategy in marginal mountain areas, particularly if they have been historically affected by wildfires. Fire management aimed at favouring the creation of small burned areas in progressively closed landscapes derived from rewilding may be a complementary alternative to maintain open habitats in these areas.