New article: Environmental constraints of the otter expansion in Andalucia. 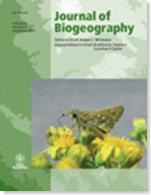 In a new article published in the Journal of Biogeography lead by Miguel Clavero and collaborators from Doñana Biological Station (CSIC), new insights into the processes driving the expansion of otters have been investigated.

As has happened throughout Europe, the otter (Lutra lutra) has expanded its distribution range in the Iberian Peninsula in the last decades. In this work, we analyze the relationships between otter distribution dynamics and environmental and spatial constraints over a 20-year period, using data from Andalusia, southern Iberian Peninsula.

We synthesized otter distribution data from three otter surveys (1985, 1995 and 2005) using subcatchment areas defined by hydrological barriers. Subcatchments were characterised by two “natural” (climatic and orographic variables) and two “human” (land use and population density) gradients. In addition, we calculated two contagion variables (the distance to previously occupied subcatchments and the percentage of occupied subcatchments within a 50 km buffer) for consecutively surveyed subcatchments.

Between 1985 and 2005 the percentage of subcatchments with otter presence increased from 42% to 72%. Otters tended to be rare or absent from human-dominated areas. Anthropogenic gradients were better predictors of otter distribution than natural ones. Human and natural gradients showed strong covariation, but for any value of the natural gradients otters tended to be present in subcatchments with lower human impacts. Colonization of new subcatchments was found to be strongly related to contagion variables and expansion rates were slower than those estimated in other studies. Newly colonized areas tended to be located in areas with intermediate human influence, while repeated absences occurred mainly in areas where human impact was most severe.

Our results suggest that recent otter expansion across Andalusia is a reflection of large-scale improvement in environmental conditions. Otter populations that survived the period of strong and generalized declines appear to be acting as sources from which neighbouring areas are colonized, probably aided by improved water quality and increases in food availability. However, the further expansion of otters into their full original range is likely to be constrained by human impacted landscapes.

5 thoughts on “New article: Environmental constraints of the otter expansion in Andalucia.”